Warning: Parameter 1 to wp_default_scripts() expected to be a reference, value given in /homepages/6/d148928577/htdocs/mypaleopal/wp-includes/plugin.php on line 601

Warning: Parameter 1 to wp_default_styles() expected to be a reference, value given in /homepages/6/d148928577/htdocs/mypaleopal/wp-includes/plugin.php on line 601 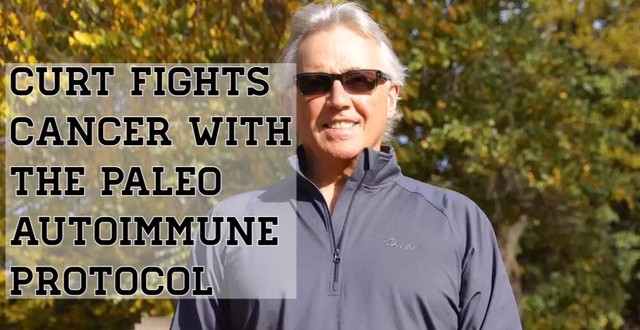 Hi, my name is Curt Kittelson and I live in Minneapolis, Minnesota. My life changed dramatically on May 5, 2011 at 2 p.m when the urology doctor looked me in the eye and said you have prostate cancer and we need to remove your prostate ASAP! Early June a robotic laparoscopic prostatectomy was performed. Done deal!
A couple weeks later I’m in to see this doctor of great news and he tells me I am healing quite well but we have the pathology report back and the margins are not good. You need to start radiation immediately! The more I researched radiation, the more concerned I became about this option for me. A second opinion with a radiation oncologist and a third with the Mayo Clinic both recommended radiation. I wasn’t convinced radiation was right for me.

December of 2011, we went to Sanoviv Medical Institute in Rosarito, Mexico. That is where my journey begins. At Sanoviv I learned I had severe sensitivities to gluten. I experienced terrible skin problems my entire life and none of the many doctors and specialists I had seen, had ever mentioned gluten sensitivities or diet as a possible cause. I left Sanoviv on a gluten free, dairy free, soy free, low sugar diet for one year. The oncologist I met with at Sanoviv recommended close monitoring of my prostate cancer and health; did not feel radiation was necessary at this time, but to consider it as an option later if necessary.

Gradually, I started to see results from this diet in 2012. After about three months my skin was free of itchiness, free of scabs, it was wonderful. By six months I felt better than I could ever remember. Then things started going south. By August of 2012 I started having skin problems again and started gaining weight. I was diagnosed with hypothyroidism and the doctor said I needed to go on thyroid medication. I declined medication and started more research.

After more doctor and specialist visits and topical prescription treatments and continued skin flare ups over the next couple of years, I went back to Sanoviv in December 2014. I learned I still have a thyroid issue (not autoimmune) and it is due to adrenal fatigue which is related to a leaky gut, caused by chronic stress and inflammation along with a few other issues. I was sure my skin issue was caused by a cross-reactive food, but additional testing showed the only other grain I was reacting to was teff.

Now, as of February 2, 2015, I am on the Paleo autoimmune protocol (AIP) elimination diet in hopes of finding the culprit that is wreaking havoc with my skin AND hoping to address the other health issues and control my stress, which has escalated through the ongoing health concerns.

I am 65 years old, I have cancer, and I consume no prescription drugs. That is why I am on this journey. Ironically, today, March 2, 2015 is the day I had blood work done for the oncologist. My TSH was just out of normal range at 4.96, down from 9.62. The lowest it has been in a couple of years. The most important news is the word I look forward to hearing from the oncologist every six months…..UNDETECTABLE……cancer in control! More good news: following the autoimmune protocol (AIP) diet for the past month I now weigh 165 lbs. after weighing 180 lbs. on February 2, 2015.

I am almost four years into my journey and I have to admit, It was rather frightening going against conventional medical advice and there were a few times when I questioned myself. Am I doing the right thing? Should I just do radiation? I was one of those people that always did what the doctor told me to do. This whole scenario was so not me and it scared the you know what out of me. I read, I listened to podcasts, I signed up for online seminars. I learned so much. I became my own best health advocate. Just like you have!

I am so impressed reading the introduction(s) of so many of the myPaleoPal participants. A few short years ago I would not have understood what so many of you are going through, the diseases you are battling, the struggles you go through. You are all truly amazing people. We are all proof that a frightening diagnosis does not necessarily mean life is over as we once knew it. What we have learned is life can be better because we have utilized all possible avenues to help us heal. When we understand by using western medicine, eastern medicine, functional medicine and let food be thy medicine, rather than just following conventional wisdom and practices, it is powerful medicine indeed and we know and understand this.

I congratulate each and everyone of you for the health journey you have chosen.

If you’re looking for more accountability, motivation, and a way to challenge yourself, come join us for the next 30 Day KickStart! A new 30 Day KickStart begins each month. Find out why it’s proven to 5X your commitment to healthy eating. 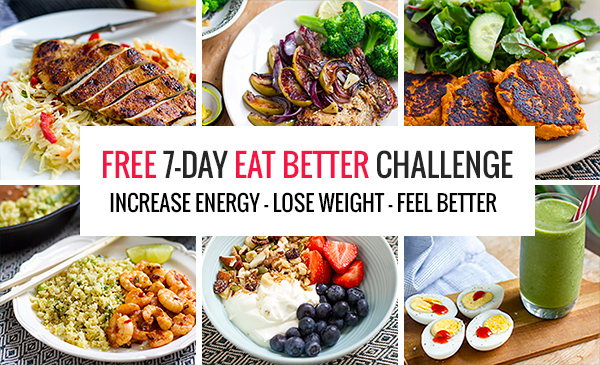 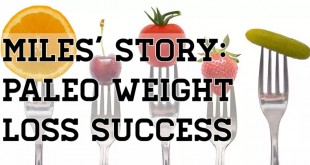 When Miles first reached out, he had just completed The 7 Day Paleo Reset. You’ve never ... 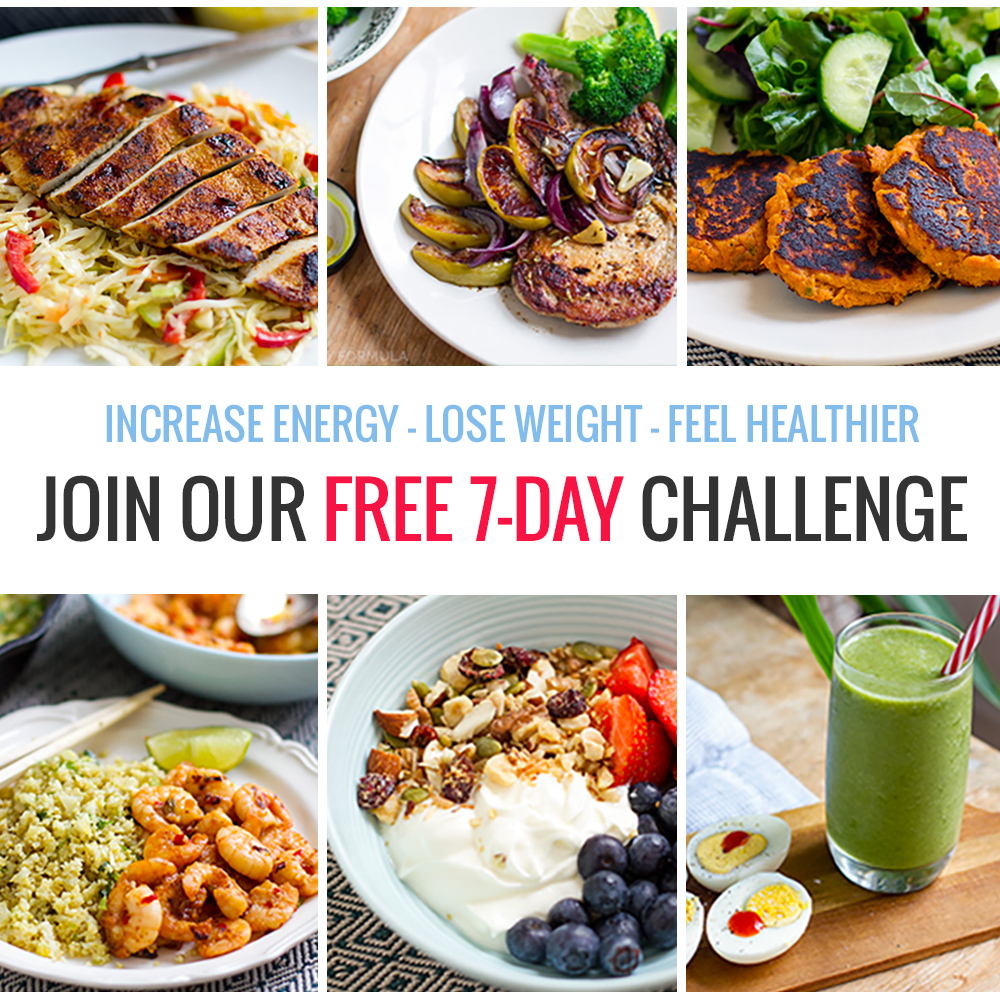 We’re all over the place 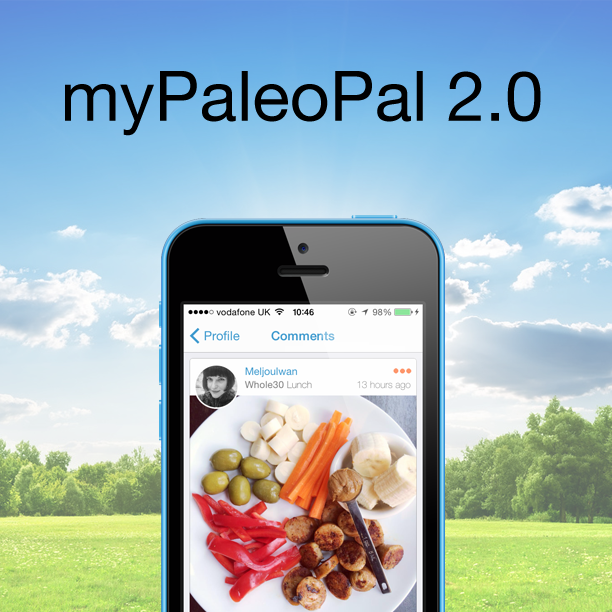 Let’s Get Back on Track 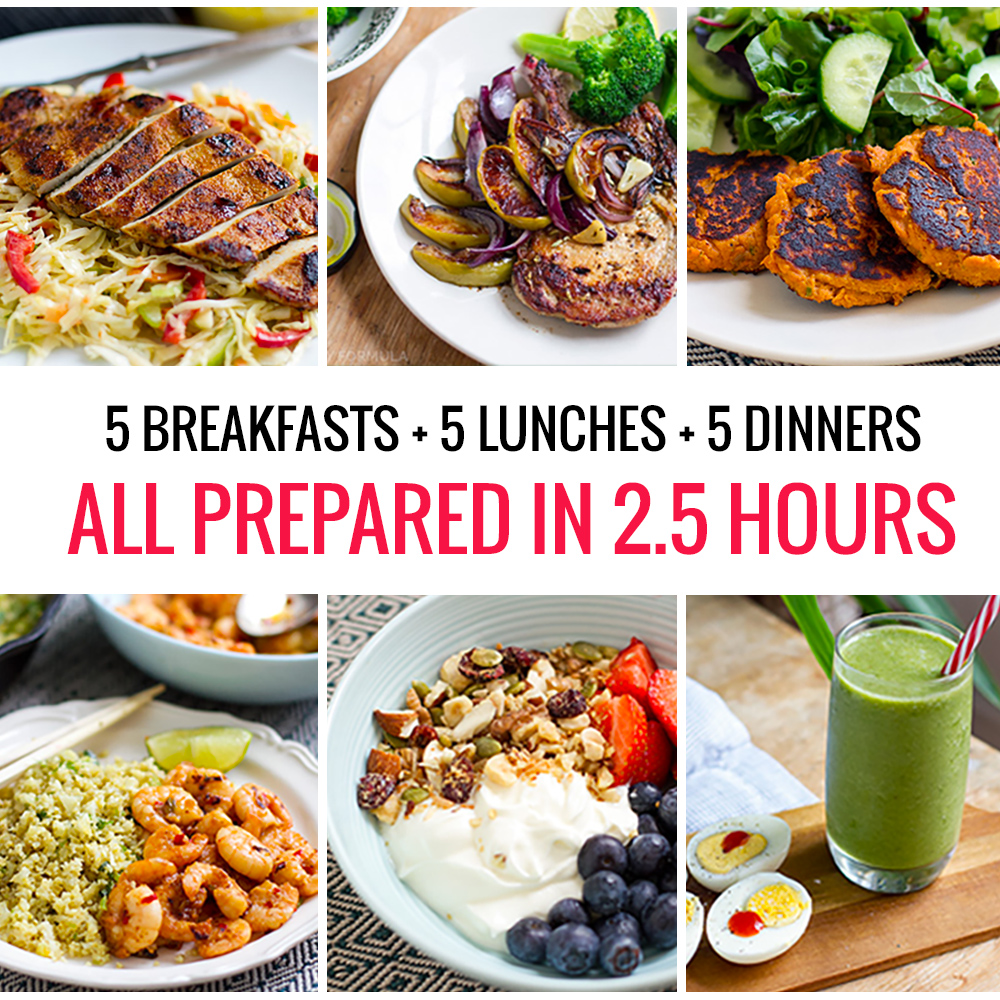